More and more people are riding bicycles across the United States. Whether it is for sport, fun and recreation or as an alternative to the high price of gasoline and driving a car, there is a growing number of bicycles on the streets and roads in the United States. 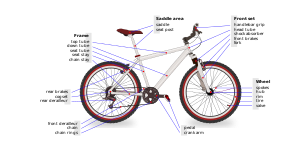 Sadly and tragically, bicycle accidents take place every day across the country. This is partly due to the increased popularity of bicycle riding, but it is also due to the negligence of car drivers.

There are still plenty of cars that do not accept bicycle riders as travelers on the road. This is in spite of the fact that many cities across the United States have recently added bicycle lanes on some of their busy streets.


Fatal for the bicyclist

Bicycle accidents with an automobile are responsible for one-third of all bicycle accidents. The tragic fact is that the majority of these accidents are fatal for the bicyclist due to the fact that a bicycle rider is virtually unprotected.


There are several other alarming statistics in regard to bicycle accidents. Some of these are:

The streets and roads are supposed to be shared by automobiles and bicycles. In doing so, both automobile drivers and bicycle riders have to obey and abide by the traffic laws.


There are several common ways that bicycle accidents occur with automobiles. Some of these include:

In many instances, bicycle accidents are more complex than a regular car accident. If you have been the innocent victim of a bicycle accident with an automobile, you are probably entitled to file a personal injury lawsuit in order to be properly compensated for your injuries and damages resulting from the accident.