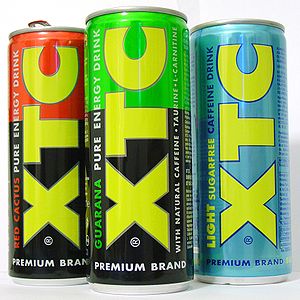 If you or a loved one suffered an injury as a result of consuming an energy drink, you should consider contacting a personal injury attorney. You could be entitled to compensation for your injury.

An energy drink is a special kind of beverage that contains stimulant drugs, primarily caffeine. An energy drink may also contain other additives, such as taurine, guarana (essentially caffeine), panax ginseng, L-Carnitine and Vitamin B. Some energy drinks contain alcohol.

An energy drink may or may not be carbonated. Energy drinks usually contain large amounts of caffeine and other stimulants, as well as sugar or other sweeteners, herbal extracts and amino acids.

An energy drink is a subset of a larger group that is known as energy products. This includes energy bars and energy gels. Energy gels are carbohydrate gels that provide energy and promote recovery.

There are many varieties and brands of energy drinks. They are marketed as giving you physical or mental stimulation.

Coffee, tea and other naturally caffeinated beverages are not usually regarded as an energy drink. Soft drinks like cola are also not considered to be energy drinks, even though they may contain caffeine.


Directed at children and teenagers

Energy drinks are very popular with young people. In fact, the energy drink industry directs its marketing at children and teenagers. Around 66% of the people who drink energy drinks are between the ages of 13 and 15 years old. Males account for about 65% of the market for energy drinks.

There are adverse side effects that have been associated with energy drinks. These include:

However, far more troubling is the fact that a recent government report found that the number of visits to emergency rooms that were linked to consumption of an energy drink doubled from 2007 to 2011. In addition, claims are being made that heart attacks, arrhythmia (irregular heart rhythms), serious injuries and deaths have occurred after the consumption of an energy drink.

Once again, if you believe that you or a loved one was injured as a result of consuming an energy drink, you really ought to contact a personal injury attorney and allow him or her to evaluate your case.