Fatal Car Accidents Found to be Lower in Major Cities 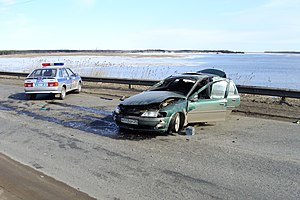 Car accidents are still one of the main causes of injury and death in the United States, even though they have declined in the last few years. In 2009, there were 34,485 deaths in car accidents.

In metropolitan areas, deaths from car accidents were generally higher in southern states. The highest death rates were in the southeastern part of the United States.

The fact that there is a need to learn more about the factors that affect the risk of being killed in a car accident is reflected in the variations in the death rates for car accidents. It has been suggested that urban sprawl may be part of the reason for the differences in death rates from car accidents in metropolitan areas.


Urban sprawl may be to blame

One of the major concerns regarding car accidents is that in the age group of people who are between the ages of 15 and 24, car accidents are the most common cause of death. In 2009, of the 34,485 deaths in car accidents, 22 percent were in this age group.

Zero-tolerance laws for people who are under the age of 21
The enforcement of minimum legal drinking age
Nighttime driving limits and passenger restrictions
The use of strong graduated-driver licensing policies.