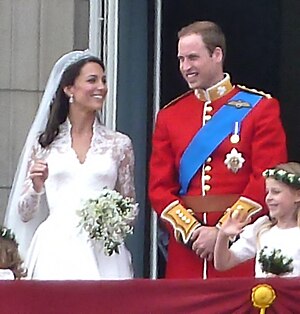 On behalf of Queen Elizabeth II, the royal couple, Prince William, Duke of Cambridge  and the Duchess of Cambridge, the former Kate Middleton have been on their eight-day Diamond Jubilee Tour of the Far East and the South Pacific. The tour has included visits to Singapore, Malaysia, Solomon Islands and the Island of Marau.

On Tuesday, September 18, 2012, the royal couple received good news as they scored a legal victory in a French court. The French court ordered French gossip magazine Closer Magazine to turn over all of their digital copies of photos that were taken as Kate was reported to be sunbathing topless in the South of France. Failure to relinquish the digital copies will result in a substantial fine if the French gossip magazine does not abide by the ruling.

Closer Magazine first published the photos on Friday, September 14, 2012. The photos reportedly showed Kate sunbathing topless beside Prince William at a private chateau while they were on vacation in the South of France.

The royal couple made a simple statement regarding the French courts ruling. A representative for St. Jamess Palace said, The Duke and Duchess of Cambridge welcome the judges ruling.

In a statement on Friday, the palace said, The incident is reminiscent of the worst excesses of the press and paparazzi during the life of Diana, Princess of Wales, and all the more upsetting to the Duke and Duchess for being so.

The attorney for the royal couple, Aurelien Hamelle, told the French court on Monday, that the royal couple was sharing a healthy and profoundly intimate moment at the time that the photos were taken. Hamelle said that the situation was deeply personal.

The key point in the case is exactly how private the chateau was and whether Kate was in some way flaunting herself. Hamelle maintained that, Its not an accessible [view] from the exterior. However, this was a point that was contested by the Closers lawyer Delphine Pando. Pando said that the site was visible from a nearby road.

Closer Magazine is published under the Mondadori publishing house that is owned by former Italian Prime Minister Silvio Berlusconi. The royal couple has filed a civil lawsuit in France against Mondadori. The royal family is also trying to get criminal charges filed against the unidentified photographer or photographers who took the photos. According to TMZ.com, there may be 200 photos of Kate sunbathing beside her husband Prince William.

Three publications in three different countries have already published photos of Kate reportedly sunbathing topless beside her husband Prince William. These are publications in Ireland, Italy and France. However, the French court ruling only affects Closer Magazine. Photos were published in the Irish Daily Star in Ireland and Chi in Italy.