Home › Injury Articles › Januvia and the Risk of Pancreatitis and Cancer

Januvia and the Risk of Pancreatitis and Cancer 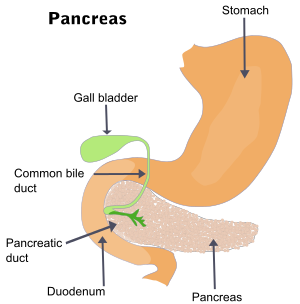 Januvia (sitagliptin) is a drug that is used to treat type 2 diabetes. Januvia is also available in a combination pill that is called Janumet. In addition to containing 50mg of sitagliptin, Janumet also contains 500mg of the drug metformin.


One of the largest pharmaceutical companies

Januvia is manufactured by Merck & Co., Inc.. Merck is one of the largest pharmaceutical companies in the world. The headquarters of the company is currently located in Whitehouse Station, New Jersey, but it will soon be relocating to Summit, New Jersey.

Januvia and Janumet are the first in a new class of oral diabetes medications that are referred to as dipeptidyl peptidase-4 (DPP-4). They are inhibitors that improve blood sugar control in people who have type 2 diabetes.

Januvia was approved by the United States Food and Drug Administration (FDA) in October 2006. However, in between October 16, 2006 and February 9, 2009, the FDA got reports of 88 post-marketing cases of acute pancreatitis that included two cases of hemorrhagic and necrotizing pancreatitis. Of those 88 cases, 66 people had to be hospitalized, and four of the people had to be moved into the intensive care unit of the hospital.

What the FDA discovered was that 21 percent (19 people) had their pancreatitis begin within 30 days of their starting to take Januvia. In addition to this, slightly more than 50 percent of the cases of pancreatitis were resolved when the person stopped taking Januvia.

On September 25, 2009 the FDA issued a revision to the warning label of Januvia or Janumet in regard to possible side effects. These side effects include Januvia pancreatic cancer and Januvia thyroid cancer.

Information that makes note of the fact that sitagliptin (Januvia) has not been studied in people with a history of pancreatitis. Therefore, it is not known whether these people have an increased risk for getting pancreatitis while taking Januvia or Janumet.


Januvia or Janumet should be taken with caution and with appropriate monitoring in people with a history of pancreatitis.

Information that is in regard to post-marketing reports of acute pancreatitis that includes the severe forms of the illness, necrotizing or hemorrhagic pancreatitis.


The thing to do

If you or a loved one with type 2 diabetes has suffered damages that are the result of taking either Januvia or Janumet, the best thing to do is to contact a personal injury attorney and let him or her evaluate your case.