Justin Bieber Gets Ticket for Speeding While Being Chased by Paparazzi 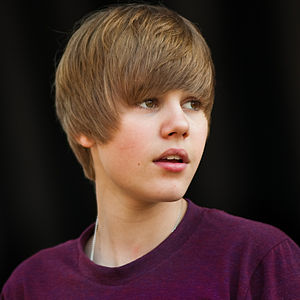 Justin Bieber has to deal with crowds following him all of the time. The young 18-year-old singer is enormously popular. Bieber has sold over 12 million albums worldwide in less than two years. He has reached over 2 billion views on YouTube and has over 13 million followers on Twitter and over 36 million Facebook fans. So, being followed is nothing new to him.

However, on Friday, July 6, 2012, there were followers that Justin Bieber did not want. As Bieber was driving on a Los Angeles freeway Friday morning, paparazzi were chasing him. Bieber tried to escape his pursuers.

Calls came in complaining that a freeway chase was taking place on south-bound U.S. Highway 101. One of the calls was made by Los Angeles City Councilman Dennis Zine, who was on his morning compute to City Hall. Zine said he saw Biebers Fisker Karma sports car come up behind him and then go zooming around him, weaving in and out of traffic. Zine said five or six cars were chasing Biebers car.

California Highway Patrol Officer Ming Hsu pulled Bieber over and gave him a ticket for driving in excess of 65 mph. Bieber said he was being chased by paparazzi and was trying to get away from them.

Councilman Zine worked as an officer for the Los Angeles Police Department for 33 years. He estimated that the chase exceeded 100 mph. Zine said paparazzi were engaging in wild maneuvers as they tried to keep up with Bieber. This involved cutting off other vehicles and driving on the shoulder.

Zine added, This was very bizarre, very outrageous and showed a total disregard for life and property. The way (Bieber) was driving was totally reckless, I would have arrested him if I had pulled him over. I wouldnt have given him a ticket and let him go.

Councilman Zine was a witness to countless crashes and fatalities during his 33 years as an LAPD officer. He said that he was surprised that no one crashed.


Past problems with paparazzi

This is not the first time that Bieber has had trouble with paparazzi. A photographer called authorities in May, 2012, saying that the singer roughed him up in a shopping center, The Commons at Calabasas, when he tried to take pictures of Bieber and teen actress Selena Gomez, his girlfriend.

In April, 2011, Bieber cancelled a meeting in Jerusalem with Israeli Prime Minister Benjamin Netanyahu. Bieber said that part of his reason for cancelling the meeting was that he did not want to deal with Israels notoriously aggressive paparazzi.