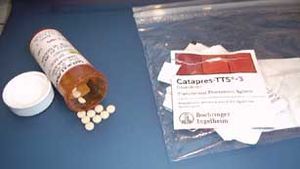 The class action lawsuit that has been filed in Missouri is against Pfizer, Bayer and Johnson & Johnson. It accuses these drug makers of unconscionable, unfair, deceptive, unethical and illegal methods to try and have consumers get rid of their drugs when the medication expiration dates have arrived. The lawsuit says this is in spite of the fact that these companies know that if stored properly these medications can and do remain chemically stable, safe and effective long after those dates.

However, an intelligent question is, How can they know that these drugs are still good and effective after their medication expiration dates? The answer lies in a study that was done by the U.S. Food and Drug Administration (FDA) at the militarys request.

The military had a large and expensive stockpile of medications that it was faced with getting rid of and replacing every few years. The FDA did a study on these medications. What the study found was that 90 % of over 100 medications were perfectly good to use even 15 years after their expiration date. This included over-the-counter and prescription medications.

What this study reveals is that medication expiration dates do not really indicate a point where medications have become unsafe to use or have lost their effectiveness. On the contrary, medical authorities say that expired medications are safe to take. This is true even if the medical expiration date is years ago.

One exception to this could be tetracycline. However, the report on tetracycline is controversial among researchers. This is due to the fact that while the effectiveness of tetracycline may decrease with time, a great deal of its original potency lasts for even a decade after its medication expiration date.

Other exceptions are insulin, liquid antibiotics and nitroglycerin. Other than these medications, most drugs will last as long as those the FDA tested for the military. Especially, if they are kept in a cool dry place, like your refrigerator.

Should you keep and use medications that have gone beyond their medication expiration dates? Here is some advice from Harvard Medical School. The next time you face the drug expiration date dilemma for a minor condition, its probably fine. If the expiration date passed a few years ago and its important that your medication is absolutely 100% effective, you may want to consider getting a new bottle. Also, you can always ask your pharmacist about the effectiveness or safety of any medication.