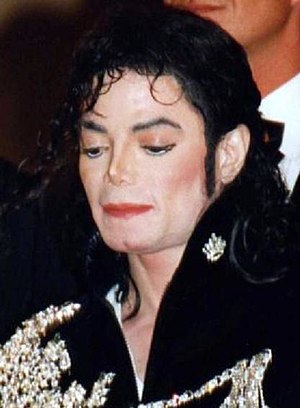 Was Michael Jacksons doctor, Conrad Murray, unethical but competent? That is an intriguing thought that comes from the jurys verdict on Wednesday, October 2, 2013, in the wrongful death civil trial brought by the family.

The jury also found that AEG Live did hire Dr. Conrad Murray, but that Murray was competent. AEG Live attorney Marvin Putnam said, The jurys decision completely vindicates AEG Live, confirming what we have known from the start -- that although Michael Jacksons death was a terrible tragedy, it was not a tragedy of AEG Lives making.

However, the jury rejected Putnams contention that AEG Live did not hire Dr. Murray. The conclusion of the jury that Murray was not unfit or incompetent is the reason why AEG Live is not faced with a potential billion dollar judgment.

In a statement released late Wednesday, Katherine Jacksons lawyers said, AEG has denied for years, and continues to deny, that they hired Dr. Conrad Murray. The jury found unanimously that AEG hired Dr. Murray. AEG has repeated the mantra that this lawsuit was a shakedown. Such a statement is a slap in the face of the entire judicial system that allowed this case to get to a jury.

The verdict means that the Jacksons will not receive any money in damages. However, the statement indicates they do believe they have gained something from the trial. It said, We have said from the beginning that this case was a search for the truth. We found the truth. AEG hired Dr. Conrad Murray, the man who is in jail for killing Michael Jackson.

Jury foreman Gregg Barden indicated that jurors were hemmed in by wording of the second question on their verdict form. The question, Was Dr. Conrad Murray unfit or incompetent to perform the work for which he was hired?

The jurors interpreted the work Murray was hired to do as being that of a general practitioner, who was expected to treat Jackson and his children for routine illnesses, not to infuse Jackson with profopol to put him to sleep each night.


Competent to do job

Barden said, Conrad Murray had a license, he graduated from an accredited college and we felt he was competent to do the job of being a general practitioner. Now, that doesnt mean that we felt he was ethical, and maybe had the word ethical been in the question, it could have been a different outcome. But because it was for the job he was hired to do, that was what we had to focus on.

Barden was asked if he believed Murray to be unethical. He replied, You betcha! Because he went way beyond what he was supposed to do. The jury foreman also added that he would not want Murray treating him.

In interviews with Barden and another juror, it was indicated that even if they had found Dr. Murray to be unfit and incompetent, they still might not have held AEG Live responsible for Murray giving Jackson the dangerous infusions that eventually brought about his death.