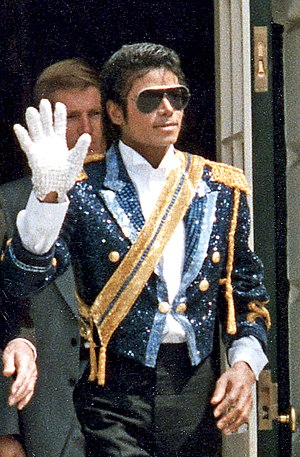 Michael Jacksons dad, Joe Jackson, has dropped his wrongful death lawsuit against former doctor Conrad Murray. Murray is the cardiologist who was convicted of involuntary manslaughter in causing the death of Michael Jackson.

When Jackson refiled the wrongful death lawsuit, he added concert promoter AEG Live and a Las Vegas pharmacy as plaintiffs in the lawsuit. The lawsuit was filed before Murray, the now former doctor, was put on trial and convicted for involuntary manslaughter. Murray is now serving a four-year sentence in jail for this crime.

AEG Live petitioned in February to be dropped as a defendant in the wrongful death lawsuit. Their petition was granted.

In the wrongful death lawsuit, Jackson maintained that Murray, as well as several pharmacy suppliers, were negligent in failing to give Michael Jackson the adequate care, diagnosis, treatment and resuscitation equipment, which resulted in the King of Pops death that resulted from an overdose of the powerful anesthetic propofol that was administered by Murray. The lawsuit alleged that Murray lied to doctors about administering this powerful drug to Michael Jackson, which resulted in his death.

The wrongful death lawsuit also included Joe Jacksons alleged personal loss and pain. The lawsuit said, As a result of that failure, Jackson was deprived with the loss of companionship of his son.

However, the wrongful death lawsuit was dropped without prejudice. What this means is that Jackson can refile the lawsuit with the same allegations at a later time if circumstances allow.


Not named in will

Katherine Jackson, Michael Jacksons mother, temporarily lost custody of his three children. Her custody was later reinstated, and she is sharing guardianship of Prince, Paris and Blanket with their cousin, T.J. Jackson, at the present time.

Katherine Jackson still has a lawsuit that is pending against the concert promoter AEG Live. The lawsuit alleges negligence on the part of AEG Live in hiring Murray. AEG Live was behind Michael Jacksons London concerts that he was preparing for at the time of his death. Katherine Jacksons lawsuit is set for trial in April, 2013.

If you believe that your loved ones death was a wrongful death, the right thing to do is to contact a personal injury attorney.