Obesity and a Car Accident 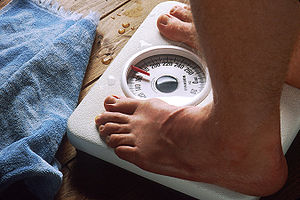 As most people know, there are many health risks that are associated with obesity. The risk for many different kinds of diseases and illnesses is increased by obesity.

Now, apparently, there is another risk that is being associated with obesity. A new study now claims that your risk of being in a car accident, as well as receiving more serious injuries in that car accident, may be increased by obesity.


An increased risk for those morbidly obese

What this study sets forth is that there could be an increased risk for having a car accident as a result of weight-related health complications in drivers who are morbidly obese. The study goes on to say that obesity may cause a driver to be in more critical condition after a car accident due to car designs being less considerate of people who are obese.

The Canadian scientists in this study also looked at other studies that had previously been done. One of these was a study that revealed that a man who had a body mass index that was more than 30 had a greater risk of sustaining upper chest, spinal and head injuries in a car accident than a man with a body mass index less than 30.

In a portion of the study that was published by the Ottawa Citizen, the study said, Poor car-to-person fit is thought to be the leading cause of the increased risk of injury and fatality in [car accidents] for [people] who are obese or overweight versus [people] who are normal weight. For all those individuals that have a body structure different than [the standard used in designing cars], their interactions with the safety features, such as the seatbelts and airbags, may not occur as intended.

The study revealed that the majority of cars are designed for a person who weighs 163 pounds. The Canadian scientists who did this study said that carmakers ought to make an effort to try and design cars that are equipped with safety features that are more adjustable. This would then provide protection for drivers who are of different sizes.