An Oklahoma dentist may be facing criminal charges. Dr. W. Scott Harrington is the dentist who is at the center of a public health scare and under investigation by the Oklahoma Board of Dentistry. 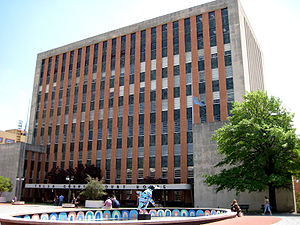 Harrington had been a practicing dentist for 36 years before he voluntarily gave up his license on March 20th of this year. On April 19, 2013, Harrington faces a hearing in which his dental certification may be revoked.

Inspectors said that they discovered unsafe dental practices at the Tulsa-area clinics of Harrington. As a result, letters were sent to 7,000 of Harringtons patients urging them to  be tested for hepatitis B and C, as well as the virus responsible for AIDS.

On Saturday, over 400 people lined up outside a Tulsa health clinic to get tested. On Monday, many more came to be tested.

Kaitlin Snider, a spokeswoman for the Tulsa Health Department, said the letters urging Harringtons patients to be tested should arrive no later than two weeks. She also said those patients who are tested should get the test results within two weeks.

There were several things that were indicated in a complaint filed by the Oklahoma Board of Dentistry. These include:

Drug vials being used on several patients
No written infection-protection procedure in the office
Varying cleaning procedures for the equipment
A device that is used to sterilize equipment had not had tests that are required each month in at least six years.
Needles being re-inserted in drug vials after their initial use.

In addition, it was also found that dental assistants were allowed to do certain tasks there are to be done only by a licensed dentist. An example being administering IV sedation.

Susan Rogers, the executive director of the Oklahoma Board of Dentistry, said her office wants prosecutors to pursue criminal charges against Harrington. Rogers told The Associated Press she had a meeting on Monday with Tulsa County District Attorney Tim Harris to discuss whether Harrington is criminally liable.

Rogers told The Associated Press, I did speak to the DA this morning and Ive talked to other officials, and I cant comment on those conversations, but theres more to come.

Harrington and his staff could be facing a minimum of two felony charges according to Rogers. These include practicing dentistry without a license and aiding or abetting another person who is violating the states dental act. Rogers added that each of these crimes has a prison term of up to four years and a $10,000 fine.

Harrington was called a menace to the public health in the 17-count complaint that was filed by the Oklahoma Board of Dentistry. The complaint said that officials discovered potentially contaminated drug vials, improper use of a machine that is designed to sterilize tools and rusty instruments.