A new study was done by researchers at Johns Hopkins University. One of the things revealed by the study is that a considerable number of doctors in the United States think that overworked doctors are undermining patient safety. 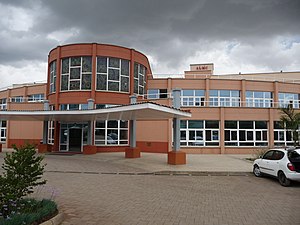 In addition to what has just been mentioned, there is another alarming fact concerning overworked doctors and patient safety that should result in a great deal of soul-searching by hospitals and doctors. According to a story about the above mentioned article in Medical News Today, 5% of physicians say that their workload may have resulted in a death during the past year.

Somewhere around 25% of the doctors questioned in the study said that their high workload kept them from completely discussing various treatment options with patients. 22% of the physicians said that they occasionally had a patient do an unnecessary test because they did not have enough time to examine the patients case.

One of the study researchers was Dr. Henry Michtalik, an assistant professor of medicine at Johns Hopkins University School of Medicine. He said, If a hospitalist is short on time and a patient is having chest pains, for example, the doctor may be more likely to order additional tests, prescribe aspirin and call a cardiologist, all because there isnt adequate time to immediately and fully evaluate the patient.

Dr. Michtalik and colleagues are going to do a study that will look at factors that are related to safe doctor workloads. For instance, the part of the hospital that a doctor and his team works in may make a difference. According to Dr. Michtalik, if one particular part of a hospital is allocated to one provider, it may permit a doctor to safely see more patients by reducing the time that the physician spends in traveling around the hospital.

In order to deal with the problem of overworked doctors and the risk of patient safety, the study suggests that hospitals should evaluate the workload of a doctor and establish standards for patient safety. According to Dr. Michtalik, even though there are limits on how many hours that residents or doctors-in-training may work, there are no limits for higher-level physicians that are referred to as attending physicians.