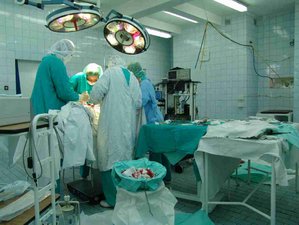 When you have an operation, it probably causes you some worry and apprehension. However, if you have confidence in the surgeon who is performing your surgery, it goes a long way towards easing your worries and fears. You feel like you are in good hands when you trust your surgeon.

This is what happened in May, 2012 in Canada. A surgeon made an operating room mistake.

Dr. Barbara Heartwell made a mistake when she took out the lymph nodes from a woman who thought she was having a routine lumpectomy. A lumpectomy is a surgical procedure in which a lump is removed from a womans breast.

David Musyj, the CEO of Windsor Regional Hospital, said that the pathology department got the test results of two women mixed up. One was of a woman in an advanced stage of breast cancer. The other was of the healthy woman who had her lymph nodes mistakenly removed by Dr. Heartwell.

Musyj refused to put the blame on Dr. Heartwell. He said, As CEO, Im the one responsible if policies and procedures are not followed. This happened on my watch. Im responsible, not the surgeon.

Even though Musyj has taken responsibility for Dr. Heartwells mistake, there is an ongoing investigation into this incident. Musyj said that the pathologist who got the test results mixed up has taken time off. He went on to say that the worker is remorseful and distraught.  He also added that the worker is a good worker with no history.

In this 2009 incident, Dr. Heartwell misread a pathology report which said the patients breast lump was non-cancerous. As the 2009 case was being investigated, the hospital learned that another woman had a mastectomy that she did not need in 2001 while under the care of Dr. Heartwell.