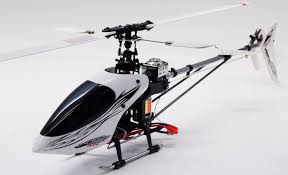 The victim was a 19 year old teenager, Roman Pirozek Jr.. The teenager was flying his remote control helicopter near a busy parkway in the park.

The Seaview Rotary Wings Helicopter Club flies it aircraft from a field in the park. Pirozeks father, Roman Pirozek is a vice president of the club.


Killed by the blades

Paramedics worked desperately to save the life of the teenager as horrified onlookers watched, including his father. Despite the efforts of the paramedics, it is believed that Pirozek died instantly in the accident.

The police did not immediately release the make and model of the helicopter that the teenager was flying. However, a YouTube video was posted in July by someone who was named Roman Pirozek Jr.. A T-Rex 700N DFC remote control helicopter is shown fling around in lateral and vertical jolts in the video.

As it turns out, Pirozek was a world-recognized aerobatic flyer, who had put his T-Rex 700N DFC remote control helicopter through a series of remarkable tricks. One of the tricks involves dropping the $1,500 helicopter out of the sky by turning off the engines and then restarting them again just before the helicopter hits his head.

Police told the Wall Street Journal that Mr. Pirozek was known to be aggressive in his flying and often executed tricks. The police added that he was executing a trick when he was struck.

Rich Hanson, spokesman for the Academy of Model Aeronautics, a membership group of hobbyists, which is based in Muncie, Indiana, said that this particular make is on the larger side of remote control helicopters. He said that the helicopter could go up to 60 mph and has a wingspan of almost four and one half feet. However, Hanson said that this model was mainly used for tricky, acrobatic maneuvers.

Hanson added, Flying a RC helicopter is one of the more difficult aircraft to operate. There are really two common reasons one might go out: pilot error or equipment failure.

Pirozek lived in Woodhaven, Queens. He was a graduate of the High School for Construction Trades, Engineering and Architecture in Queens, New York.

If you have lost a loved one in an accident, you may need to speak to a personal injury attorney.