Will Big Pharmaceutical Companies Really be Transparent About Drug Trials 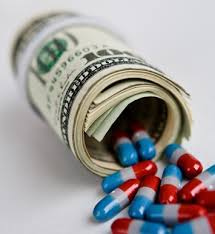 Will big pharmaceutical companies really be transparent about clinical trials of their drugs? If you have been injured as a result of side effects from taking a drug, this is an important, vital question for you.

Advocacy groups, as well as the general public, have been calling for greater transparency in government surveillance and security, in business and big media. It should come as no surprise that there have also been calls for the pharmaceutical industry to be more open and transparent. There are calls for big pharmaceutical companies to make greater disclosures concerning their processes and methods of doing business.

However, now, with a new announcement made on July 24, 2013, representatives of big pharmaceutical companies have pledged to become more transparent concerning the data that surrounds their drugs. They have pledged to release detailed data about their drugs to outside researchers.

The proposal was unanimously approved by member companies and is scheduled to take effect on January 1, 2014. The proposal would apply to all new drugs and all new uses for existing drugs. This would apply whether the drugs were approved in the United States or the European Union.

Some have applauded this announcement. However, others see it as an effort to head off more extensive disclosure requirements that are being reviewed in Europe.

Two groups collectively represent around 80% of the pharmaceutical research in the world. These two groups are the Pharmaceutical Research and Manufacturers of America (PhRMA) and its European counterpart, the European Federation of Pharmaceutical Industries and Associations.
As recently as February 2013, PhRMA issued a statement that criticized proponents of data sharing. The statement said that releasing what is referred to as patient-level clinical data would be irresponsible and encourage second-guessing of regulatory agencies, which would be disastrous for patients.

Both of these pharmaceutical industry groups have opposed a plan by the European Medicines Agency, which oversees drug approvals in Europe, to make trial data public any time a drug is approved. There is also a similar effort being put forth in the European Parliament that would require such data disclosure.

On Monday, July 22, 2013, the British newspaper The Guardian reported that the two pharmaceutical industry groups opposition to the proposed plan by the European Medicines Agency was active. By way of a leaked e-mail, The Guardian reported detailed plans that had been made by the two groups to enlist the help of patient groups to try and squash the plan in Europe.